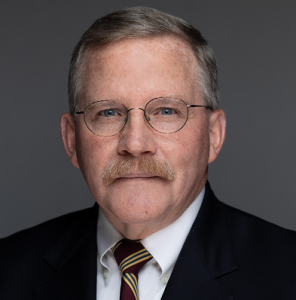 Dana Yealy, who served as the Pittsburgh Legal Diversity & Inclusion’s first Board chair for two years, has resigned from the PLDIC Board as he assumes a new role at Federal Home Loan Bank – Pittsburgh. At the end of 2019, Yealy turned over the leadership reins, in accordance with the Coalition by-laws, to Don Bluedorn, managing shareholder of Babst Calland.

After serving for 34 years as the Bank’s general counsel, Yealy recently moved into a new executive role as the Bank’s Chief Strategic Initiatives Officer. Dana turned over the GC’s position to his long-time deputy, Julie Spiker.

“It is not an exaggeration to say that it is difficult to imagine the Coalition having come as far as it has come in little more than two years without the leadership of Dana Yealy,” said Susan Yohe, PLDIC Executive Director. “He took a chance on a fledgling organization with no track record and steered it into the vital role it plays today in the Pittsburgh legal community.”