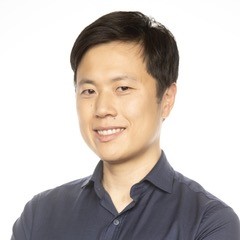 Tell us about your heritage.
My parents immigrated from China and I identify as Asian-American. However, I do not have extensive connections to Chinese culture and my heritage is a blend of many cultures. For example, I grew up in Pittsburgh and consider that to be an important part of my heritage too. Moreover, the world is fundamentally interconnected and so to some extent the history of the whole world is also part of my heritage.

How do you like to celebrate your heritage?
I celebrate my heritage by learning about history and progress. In modern times, people have made an extraordinary amount of progress in a very short amount of time. This progress has been especially stark for Asians, including Asian-Americans, who have experienced extremely fast cultural and economic modernization over the last few decades. It inspires awe to contemplate this progress and what the future might bring.

What do you wish more people knew about your heritage?
I wish people focused more on individuality rather than heritage. Although there are some cultural commonalities and experiences shared by many Asian-Americans, the individual differences are far greater.

Is there a particular Asian Pacific historical figure who has inspired you as you have grown into the person you are today?
The Asian Pacific historical figures that inspire me most are the villagers of Xiaogang, China who illegally privatized their collective farms in 1978. They tried to keep this privatization a secret for fear of harsh punishment, but were found out when their output and incomes exploded. Instead of being punished, they ended up inspiring the modern Chinese economic reforms that lifted billions of people out of poverty. This story is obscure outside of China and I first heard about it on NPR. But when I read more about it, I thought it was one of the most inspiring stories in history. It teaches us that average people, even illiterate peasants, can peacefully change the world with the courage and open-mindedness to appropriately challenge authority.

What movie, TV show or book would you recommend to someone who wants to be a better ally to Asian Pacific American people and why?
I would recommend the movie Crazy Rich Asians. This movie is the first movie about contemporary Asians with an Asian Pacific American protagonist to achieve mainstream success, and depicts Asians as cosmopolitan and confident, in contrast to the usual stereotypes of Asians as inscrutable foreigners or a docile “model minority.”

With rising anti-Asian harassment and hate crimes, what would you like non-Asian Pacific Americans to know or do?
Unfortunately, most of us are not in a position to directly do much about harassment and hate crimes. However, I would like people to focus on reducing bias against Asian-Americans in domains that are within their control. I also hope non-Asian-Americans do not feel afraid of interacting with Asian-Americans. I think the vast majority of Asian-Americans can tell the difference between something that is well-meaning versus hostile and not be offended by something that is well-meaning.

What advice would you give to a young Asian Pacific American lawyer just starting out in their career?
I would advise a young Asian Pacific American lawyer just starting out to be proactive in managing their own career. In school, the school takes responsibility for your development because that is its job. You just have to show up to class and master the material. Asian-Americans often thrive in the school environment because our culture generally places too much emphasis on just doing what we are told rather than charting our own direction. However, this approach does not work in one’s career because no one else will take responsibility for your career development. As a result, Asian-American lawyers often face career stagnation. For example, a report from Yale Law School showed that, although Asian-American lawyers attend higher-ranked law schools on average, the associate-to-partner ratio for Asian-American lawyers at large law firms is almost twice the ratio for black and Hispanic lawyers and four times that of white lawyers, suggesting that Asian-Americans are far less likely to make partner than any other group.

I would also advise this lawyer to live below their means and learn about investing. Having a financial cushion independent of work will allow one to take much greater career risks and feel less stressed about career setbacks.