Coalition member K&L Gates recently launched the Anti-Human Trafficking Initiative, a new partnership between the K&L Gates Pittsburgh office and the FBI Pittsburgh Field Office. The Initiative’s focus is to identify and provide legal assistance to underrepresented individuals who are victims of human trafficking in Western Pennsylvania, particularly LGBTQ victims of color – a historically underserved community. Human trafficking is a long-standing and prevalent problem, and the Initiative aims to help law enforcement identify victims.

To find out more information, and to report human trafficking, please visit the Initiative’s website.

It’s Hispanic Heritage Month! The month, which runs from September 15 to October 15, celebrates the contributions of 60 million Hispanic and Latinx Americans to American culture and society. Throughout this month, the PLDIC will feature profiles of our Hispanic and Latinx lawyers on our website and on social media, beginning with Vanessa Griffith, the chair of the ACBA’s Hispanic Lawyers Committee and an attorney and Operations Director at the Pittsburgh office of Justice at Work. Wondering why the month begins on September 15? Learn more.

The Pittsburgh Legal Diversity & Inclusion Coalition (PLDIC) welcomes Frances Woodward and Tishekia Williams to its Board of Directors. Frances is the Chief Legal Officer and Corporate Secretary of Gateway Health and Tishekia is the Director, Regulatory Legal at Duquesne Light Company. They will each serve three-year terms. At the September 15 meeting of the PLDIC, the members also re-elected three directors to their second three-year terms: Peter Russ, Managing Shareholder of the Pittsburgh office of Buchanan Ingersoll & Rooney; Joseph Milcoff, Vice President of Litigation and Risk at FedEx Ground; and Jennifer S. Park, Shareholder/Director and Director of Diversity & Inclusion at Denton’s Cohen & Grigsby. 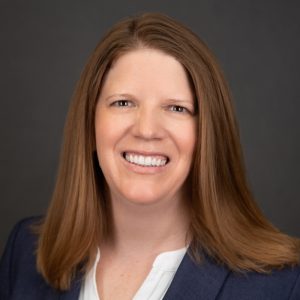 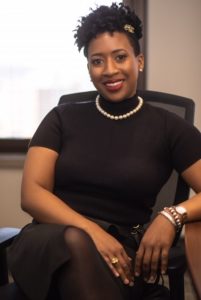 Porter Wright Morris & Arthur LLP joins the Coalition as its 34th member. The firm, which traces its roots to 1846 to a single desk in the courthouse in London, Ohio, opened its Pittsburgh office in 2017. Now with over 20 lawyers, it is led by Timothy D. Gallagher, partner-in-charge. Porter Wright is a natural fit for the Coalition as it “strive[s] every day to create a diverse, equitable, and inclusive culture at Porter Wright and in the business community as a whole.” Welcome, Porter Wright!

57 films from 17 countries available for screening throughout August

The Los Angeles Film Festival provides filmmakers, actors, and storytellers of diverse backgrounds with a place to showcase their voices, creating a true multicultural experience as presented by the world’s independent film community. Sadly, the Festival cannot be live this year, but Los Angeles’ loss is the Coalition’s gain. In an effort to expand the impact of the Festival, Director Sonja Mereu has offered the following discount code for members to use to stream films throughout the August 4-30 festival:

Coalition Board Member Tony Thompson has been elected to a three-year term on the Board of Governors of the Allegheny County Bar Association. Tony is a partner at Meyer, Unkovic & Scott and has been active in the Bar Association for a number of years, serving in various positions. He was also instrumental in the founding of the Coalition. Not surprisingly, Tony was selected as the recipient of the ACBA Homer S. Brown Division’s Young Leader Award in 2016. Learn more about Tony.